Last night was spent on the ridiculously uncomfortable seats of the National’s Cottesloe Theatre for Nicholas Wright’s new play The Reporter, a study of the life and suicide of the BBC correspondent and former MI6 operative, James Mossman. Ben Chaplin (someone Lisa is physically incapable of talking about without employing the word ‘yummy’, often several times in the same sentence) plays Mossman and he plays him well. The role is written almost as if Mossman were delivering an on-air report on his own life, and Chaplin’s delivery, all clipped English consonants, can’t be faulted.

The play is also fascinating on the ways in which onscreen journalism has evolved. The scenes of Mossman and Robin Day presenting Panorama were superbly handled, full of brilliant little details. I loved the way Mossman’s boss at the BBC paused for a cup of tea and a fig roll before ticking him off over a wayward interview. Mossman’s ‘demotion’ to the role of arts journalist also lead to lot of wry laughter from an audience in which arts journalists made up a major percentage.

Wright doesn’t provide any concrete answers to why Mossman killed himself (leaving a note that read: “I can’t bear it any longer, though I don’t know what ‘it’ is”), but then how could he? Despite that, this is still the most thought-provoking and engaging play I’ve seen so far this year. Fascinating stuff.
Posted by Interval Drinks at 5:10 AM No comments: 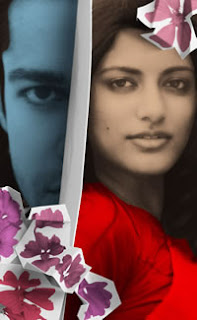 Back to the Lyric on Wednesday for David Farr’s Ramayana. I love the work Farr is doing at the Lyric and his last stab at a big epic narrative, The Odyssey was fantastic I thought, inventive and memorable. But this, an adaptation of the story of Rama and Sita, seemed static and pedestrian in comparison. There was too much exposition and nothing as visually startling as the lumbering Cyclops from The Odyssey.

The way the text had been updated also struck me as rather awkward, the dialogue frequently veered from the overtly poetic to the casual and contemporary (men dressed as monkeys making appalling puns about 'gorilla warfare,' that kind of thing). It felt confused and unsure of itself, a little rough around the edges but not in a good way. I did like it however when one of the actors clambered out into the audience, treading on seat backs (and probably on the odd theatre-goer as well), the production could have used a few more moments like that.

Yesterday, I was at North London's Pleasance Theatre for the opening night of David Strassman’s new show. He’s that ventriloquist chap with the demonic Chucky-doll dummy. Strassman plays the affable straight-man, while the puppet gets to be all foul-mouthed and nasty (it spits as well, as those in the front row found out). It was very funny, in a crude, dick-jokey kind of way, and as a result you simply don’t notice the technical precision of it all, the constant juggling of characters and voices.

The show had a nice sinister feeling as well, playing on the idea that his dummies were slowly taking over. It's not the most original idea, certainly not if you've seen Magic, the faintly ropey Anthony Hopkins’ ventriloquist-slowly-driven-mad-by dummy movie (now there's a genre), but it worked well in context.

If you’ve seen Strassman perform before, then there’s not much that's new going on here. Having seen his act on TV, I knew the man had an interest in robotics, that his dummies were a little more advanced then they first appeared, but if I'm honest, even though I knew what was coming, when the puppets came to life at the end, when their eyes opened and their heads began to swivel, it was still pretty damn creepy.

Posted by Interval Drinks at 4:56 AM No comments: 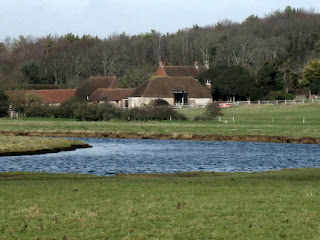 Was down in on the weekend, visiting French Claire. Nice to be out of the city and surrounded by green (see photo); we went for a long country drive on Sunday and attempted a bit of a stroll near the coast, though our plans in this regard were cut short by a combination of unseasonable weather and inappropriate city-girl footwear. Ended up having a nice long lunch - with cake - but we did see the sea from the car on the drive back.

No theatre this week as of yet. But I saw a preview of Factory Girl on Monday, the biopic of Edie Sedgwick, starring Sienna Miller. Sedgwick was the It Girl of her day, an heiress who became an icon, thanks to her involvement with Andy Warhol’s insular circle. Bit of disappointment I thought; very harsh in its treatment of Warhol. I don’t doubt he was a rather odd and unpleasant human being but it paints his abandonment of Sedgwick as the key factor in her decline. Guy Pearce, gaunt and pockmarked, gives a frighteningly cold performance as the artist and Miller doesn’t do too badly – she certainly looks the part – but it’s a poorly constructed film, too reliant on cinematic clichés and one that fails to say anything particularly enlightening about the world it’s portraying.

Posted by Interval Drinks at 4:52 AM No comments:

Wow. It snows and everything grinds to halt. It has snowed before hasn’t it? I mean, we are a country where from time to time snow does fall, right? Not in large quantities and not that often. But it does happen. From the news coverage and general fussing, it feels otherwise. Sloshing my way into work this morning, there were delays on the trains and the world’s most stoic commuter bottleneck at the Waterloo entrance to the Northern Line. Needless to say lateness ensued.

No lateness on my part last night, fortunately. I went to see Typo, a darkly comic two-hander about modern office life, at the Tristan Bates Theatre, a cool little studio space just off Shaftesbury Avenue and, I admit, a place I’ve walked past on numerous occasions but never actually visited. The play, a series of loosely connected episodes, was tightly written and greatly enjoyable, especially one scene, a Kafkaesque job interview, where a hapless guy has essentially meaningless questions aggressively fired at him by a scary, suited woman. The cast did wonders with just a couple of office chairs and a folding table (which doubles entertainingly as a photocopier at one point) and, at just an hour in length, it recognises its limits and bows out before it becomes repetitious or tired. A skill I wish more productions would learn.
Posted by Interval Drinks at 6:43 AM No comments:

Mode Of The Man

Visited the National last night for Nicholas Hytner’s The Man Of Mode, a modern update of George Etherege’s 1676 comedy of manners. The contemporary resetting worked well, all swish bars and galleries and knowing references to Diptych candles, but it took an age to get going, never really taking off for me until Rory Kinnear arrived onstage playing the ludicrous Sir Fopling Flutter. The chief problem for me was Tom Hardy’s Dorimant, the main character and a philanderer extraordinaire, juggling three women without creasing his designer suit. He had the necessary alpha-male egotism but none of the charisma such a role demanded. Whereas Kinnear as Fopling, a figure of fun in tassled denim, gave a far more sympathetic and charming performance. This slight off-balance stopped the production rising above being anything more than a superficial study of superficiality. Something of missed opportunity I thought, though great fun in the second half.
Posted by Interval Drinks at 5:31 AM No comments: