The Turn of The Screw, Almeida Theatre 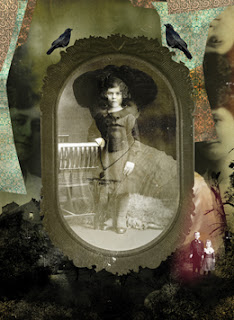 The 1963 version of The Haunting is a film that really gets under your skin. It’s genuinely unsettling, and though you actually see little if anything, the eerie sound design, full of thudding doors and creaking floorboards, creates an atmosphere of almost unbearable dread. Jan de Bont’s 1999 remake on the other hand amplified everything beyond recognition, bloating the film with CGI ghosties and digital whizz-bangery, and amputating any sense of the sinister in the process.

Henry James’ novella is likewise a masterpiece of atmospheric detail and psychological ambiguity but, in this new adaptation, the Almeida has done a Jan de Bont, opting for the easiest of shocks over subtlety and complexity of character. There is never any sense that the nameless governess who is dispatched to a country house to look after two orphaned children is anything other than sane, no sense that the haunting may be emanating from her own fevered mind. The evil that plagues this house is very much manifest, with the flame-haired Peter Quint popping up at windows at every given opportunity. The sexual undercurrents of the original are here made-overcurrents, what with the constant coital howling of foxes outside in the grounds and the ghosts glimpsed rutting against the leaded window panes.

While there are some proper jolts, achieved with the help of illusionist Scott Penrose - and given the volume and tenor of the screams I wouldn’t be surprised if there were a few damp seats in the Almeida auditorium afterwards – there’s very little sense of tension or jeopardy; the battle to save the two innocent children, Flora and Miles, from the grip of a malevolent, deviant force is curiously anaemic, a tiresome tug-of-war. Lyndsey Posner’s production, the first to be presented by Hammer Theatre of Horror, is far more concerned with the sudden shock, the supposedly spooky effect. There’s some self-propelled chalk – just like in Matilda – and the tone of the piece is such that you half expect a repeat of that weird moment in the Menier Chocolate Factory’s production of the The Invisible Man when the transparent protagonist copped a feel of Maria Friedman’s bosoms; Laurence Belcher’s man-boy Miles does the honours here instead.

The set is bird-black and oppressive, like Thornfield after the fire, with a jagged slash in the brickwork through which the moon can be seen. The sound design throws in flapping bat wings, the scritch-scratch of chalk on a blackboard and the occasional piercing scream. The frequent use of the revolve, however, transporting us from room to room, from interior to exterior, slows the pacing of the piece to a crawl, diffusing what little tension had been built up. Rebecca Lenkiewicz’s adaptation does at least explore the peculiar situation of the governess: a woman trapped between worlds, who, socially speaking, is neither one thing nor the other, neither part of the family nor one of the staff, and whose class and background can always be used against her, the shadow of the workhouse a very real and frightening thing. But it also seems intent on making the sexual suggestions of the original as blatant and explicit as possible.

Anna Madeley gets off to a reasonable start in the role of the repressed governess, but she doesn’t fully convey the character’s increasing torment; the pitch of her performance doesn’t build. It’s possible to see why Belcher – seventeen but looking and playing younger – has been cast as Miles, capably suggesting a young man on the cusp of adolescence, a volatile creature, precocious and loving one moment, spite-filled and threatening the next, but it’s Gemma Jones, as the house-keeper Mrs Grose, who puts in the most solid, consistent performance, providing a necessary counter-balance to all the shrieks and the shocks and the spectral bedroom shenanigans.

Reviewed for Exeunt
Posted by Interval Drinks at 3:42 AM No comments: