After a War, Battersea Arts Centre 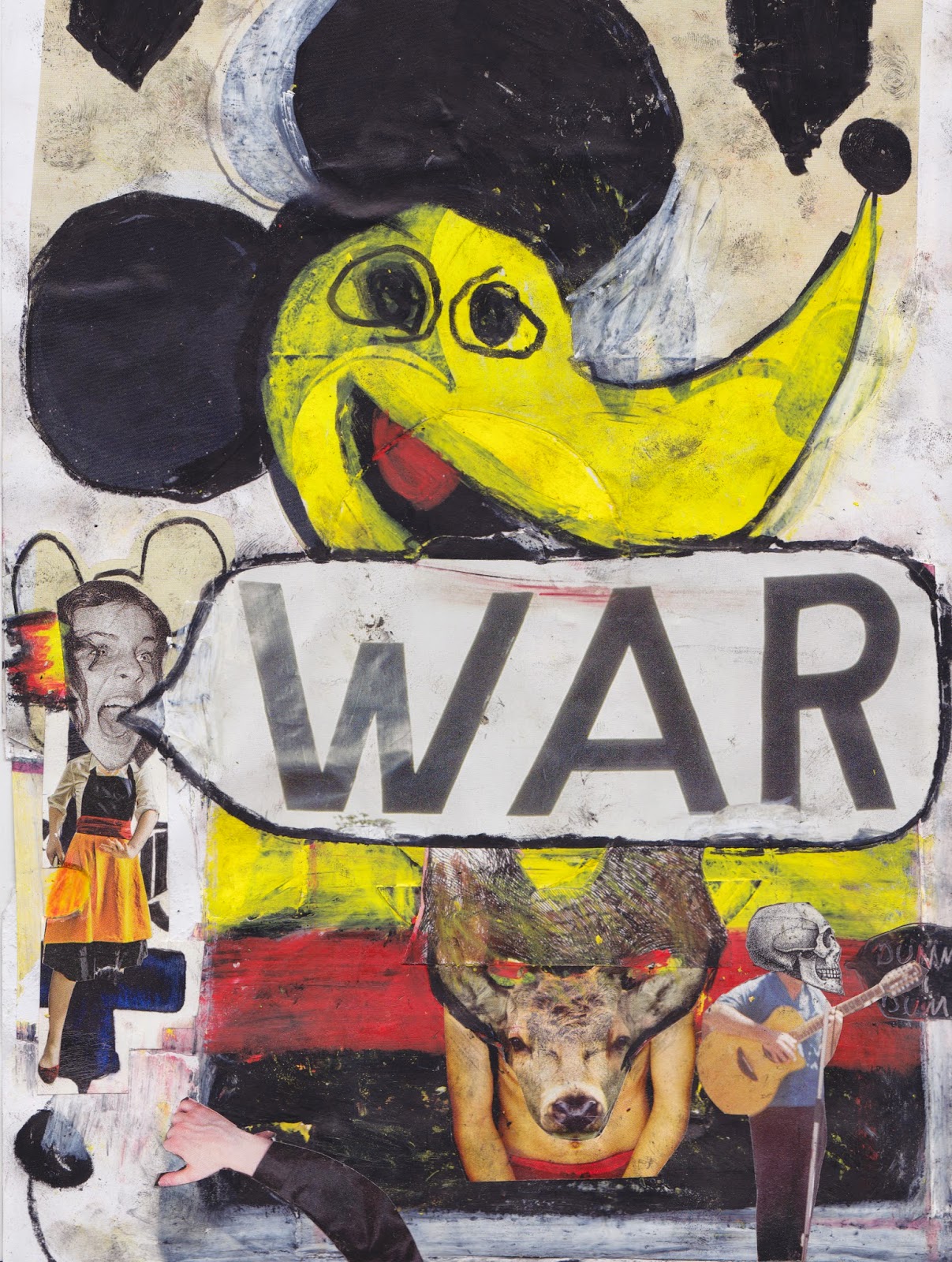 I had not expected orchids.

Up in the attic of the Battersea Arts Centre there is a calm green room filled with flowers. In the background voices speak softly, soothingly. It lends the space a Sunday afternoon stillness.

It is a delicate gesture, this room, which is part of The Listening Post, an installation by Tom Chivers and James Wilkes drawing on the stories of Battersea residents during the First World War. Lines from local poet Edward Thomas have been pasted on the walls. Voices whisper from speakers. In the war years Battersea Town Hall was used as a recruiting office and the Council Chamber used as a courtroom to try conscientious objectors. From the orchid room you ascend, passing under the rafters, noting stray roller skates and flickering clips of Charlie Chaplin; the overlapping voices are underscored by an ominous aeroplane drone and suggestive of suspicions hissed over back garden fences, the twitch of the curtain.

As part of LIFT, Tim Etchells and 14-18 NOW, After a War, described as a ‘three day takeover’ of Battersea Arts Centre is an attempt to explore the lesser known stories of the First World War, and the wars that followed, through a series of installations, talks and performances spread across and weekend and throughout the various rooms of the BAC. The stories told came from Africa, the former Yugoslavia, and South America, emphasising the global, that this was a war that encompassed the whole world.

The idea is to chart your own path through the day, though this can lead to lulls, and while it allows welcome breaks for contemplation it also creating a slightly disjointed, fragmented feeling. Later in the day Stan’s Café will be performing Finger, Trigger, Bullet, Gun, a piece in which chains of dominoes will be used to represent the men who fell, and The Tiger Lillies are hymning doomed youth, but during the afternoon it is possible to dip in and out of rooms, to listen to the looping memories of BBC foreign correspondent Lara Pawson while sitting in a high-backed armchair, to watch videos of Argentine men who served as soldiers during the Falklands War recounting their experiences, in Lola Arias’ installation Veterans, to sit on one of the carpet-covered benches that dot the BAC staircase and read through a long list of conflicts, some familiar, some less so, which forms Martin John Callanan’sWars in My Lifetime.

Bask at The Listening Post, a baize board and a map of the local area provide further snippets of stories, tales of early aviation, of suspect German bakeries. In the last room, a quartet of green bankers’ lamps mark out a space to sit and listen to further accounts of what it was to speak for peace in a time of war, to take that stand. The installation uses the atmosphere of these attic spaces to its advantage, the walls still mottled from Masque of the Red Death, the building seems to be speaking to you, telling you its stories. The speakers glint on the wall, unblinking, like little black eyes looking down on you, speaking, yes, but also watching and listening. The piece as a whole, I felt, could have benefited from more visual richness – I am greedy, I want more of these stories, and the chosen objects feel somewhat scattered – but as a response to the space and an engagement with the building, it draws you in.

In between shows I go and listen to Amber Burchart’s informative talk about the various shifts in fashion that occurred during the First World War. She is an engaging speaker, taking in the origins of the trench coat, the retinal delight that was dazzle camouflage and the Sapeur movement in the Congo in a short space of time.

Two pieces of performance dig deeper into the African experience of war. In the first, Statue of Loss, Congolese dancer Faustin Linyekula twists and contorts his body, his torso smeared with white, to a recording of the scratchy, haunting chant of a Congolese soldier in a Prisoner of War camp. These were men who were being disappeared, their role in the war erased, even as they were fighting and dying for the country that had colonised them. This ritualistic piece of movement and music, Flamme Kapaya playing guitar from his seat at the back of the room (the same Council Chamber where Battersea’s conscientious objectors were made to account for themselves and where two days ago Forced Entertainment performed the relentless, hypnotic, The Notebook) is an act of remembering.

Inua Ellams’ approach is verbal rather than physical. The Long Song Goodbye is a piece of storytelling which Ellams performs while sitting at a desk surrounded by mountains of bureaucratic clutter, ziggurats of paperwork. Each line of the play begins with the word ‘because’. ‘Because he’, ‘because it,’ ‘because they.’ It lends this melodic, flowing story of a father and son’s separation a sense of the fated.

There are more stories, further fragments, happening in other rooms. The day has a scratchy feel, of ideas being worked out and refined. It’s at its most engaging as an experience when the individual pieces echo one another, when unexpected parallels and contrasts emerge, when you open a door and stumble into a room full of orchids.

Reviewed for Exeunt
Posted by Interval Drinks at 2:19 PM 2 comments: