The Road to Mecca at the Arcola 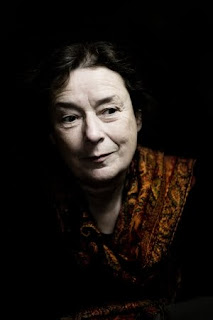 This engaging revival of Athol Fugard’s play, though at times ponderous, has many things to commend it, not least a memorable central performance from Linda Bassett.

Barefoot, with her fingers twisted inwards, Bassett plays Miss Helen, an elderly widow, who in the years following the death of her husband, has turned her small, tin-roofed house in Nieu-Bethesda, South Africa, into a work of art, full of glitter and colour. Her drive to create, to give shape to the pictures in her mind, has not been limited to the inside of the house - her garden is also overflowing with statues of wise men and owls, all aligned towards the east. (The play was based on the life of Helen Martins whose wonderful 'Owl House' still stands).

The villagers and the local church council are uneasy about Miss Helen’s work; to them it is bodering on idolatory. She has planted her peacocks and camels on good farming land, making her a subject of suspicion. Her art may have freed her spiritually and brought light into a life of darkness, but it has also isolated her.

Her few remaining friends include Marius, the local pastor, an unseen local girl, and Elsa, a determined young teacher who has just driven the twelve hours from Cape Town because she’s concerned about Miss Helen’s well-being.

The frienship between these two women gives the play its heart. Separated by almost forty years in age, a deep and mutual affection glows from the both. Fearing the return of the darkness, Miss Helen calls out to Elsa for help, a raw plea that Elsa cannot ignore. Miss Helen's is becoming increasingly poor-sighted and arthritic. Her habit of lighting candles to flood her home with light has already resulted in one small fire and Marius is concerned she can know longer care for herself. He suggests she may be better off in an old peoples' home and has even brought her the necessary paperwork to sign.

Russell Bolam's production is slow-paced and rather meandering. It runs to over two and half hours and it feels it, but it places its trust in Fugard’s play and in the elegance of the text. Though the production contains its fair share of lulls and slumps, it grows richer the longer it sits in the memory - new pictures tease their way to the surface. The play contains a number of moments of emotional power. The most charged of these is the scene in which Miss Helen finds her voice and is finally able to make Marius understand that her work, her Mecca, is more than just a few 'ornaments', it is her life, her salvation and without it she is nothing, dust.

Bassett’s performance is wonderful. Sometimes she appears cowed and timid, a fragile, slightly dotty creature in need of aid and guidance, but she grows visibly into a woman infused with pride and passion, who has finally found her purpose in life and who knows exactly who she is.

Sian Clifford provides fine support as Elsa, whose deep affection for Miss Helen can at times make her overly strident. She is spiky yet tired, frustrated by the things in her world she cannot change, sapped by a recent love affair with a married man. The play is set in 1970s South Africa and Elsa is the Cape Town white liberal who prides herself on being forward looking in her thinking. She seems to enjoy getting her wrists slapped by the authorities for setting provocative assignments. She is haunted by the young woman sh gave a lift to on her drive down to see Miss Helen, a young woman with a baby on her back and an 80 mile walk ahead of her.

Fugard allows each of his characters their strengths and failings. Elsa cannot resist speaking for Miss Helen even while urging her to find her own voice and strength, her love is sometimes expressed as frustration and anger; sometimes she is so busy revelling in her own guilt she fails to listen. Marius, the pastor and the voice of the community, played by James Laurenson, is also far from one-note; he genuinely cares about Miss Helen, maybe even loves her, and is just as convinced he is acting in her best wishes.

Ruth Hall's set, is by necessity, simple and limited. It gives a sense of Miss Helen's home but makes little attempt to replicate her idiosyncratic creations. The glitter of candlelight is enough to convey the beauty of the world she has made for herself - the audience are left to paint their own pictures. This is echoed in the way the play depicts South Africa. Just as Miss Helen's art remains in shadow, the play too shines its light only on a trio of white characters. The other South Africa, the one outside Miss Helen's door, the one that evokes such frustration in Elsa, remains in shadow.
Posted by Interval Drinks at 9:27 AM No comments:

Like a Fishbone depicts an encounter between a renowned architect and a grieving mother. The architect has been commissioned to create a memorial for a small town that has suffered a tragedy: the massacre of a group of school children in a remote rural village by a crazed gunman.


The Architect has decided to retain the schoolhouse just as it was, with every upset chair and dropped textbook untouched. The Mother argues that this is meaningless; she would rather the building was razed to the ground.

At the heart of the play lies a discussion about the nature of architecture, over what it can and should be, whether it should be purely functional or seek greater significance. This discussion gradually grows branch upon branch, touching on faith, parenting and mourning, the things we create to help us remember. At times the bones of the play bring to mind TEAM’s recent piece, Architecting, only this time minus the exuberance and hoop skirts.

The performances are solid, but both of these women are somehow less than characters – they are mouthpieces for intentionally opposing views, outlines only sketchily filled in. The architect is a hard-edged professional, conveniently atheistic and blinkered by her belief in her project. The mother is dowdy and rumpled, equally conveniently partially sighted and driven by her religious faith and her insistance that her dead daughter deserves better.

The actors do a decent job with limited material. Deborah Findlay is appropriately stately and severe as the Architect yet she manages to – on occasion – inject a hint of warmth and even vunerability into the role. Sarah Smart is also fine as the Mother, calm and consoled by faith, but her character feels, if anything, even more contrived and unknowable. She becomes increasingly fervent in her pronouncements to the point where it threatens to derail the balance of the play in a way that was perhaps unintended; her unshakeable faith comes across as a symptom of someone losing their grip. It is left to Phoebe Waller-Bridge, as a stylish but gauche young intern, to add some necessary humour. Though hers is the smallest of three roles she succeeds in making her character feel like a person instead of a collection of ideas.

Director Josie Rourke’s clean, pared down production does provide a note of tension between the two women but she can’t keep the play from being sabotaged by its own symbolism. Weigh’s previous play for the Bush, 2,000 Feet Away, was an ambitious and intelligent if ultimately rather self-conscious examination of a community’s response to the threat of peadophilia; this follow-up lacks its heft and wit and feels more like a sketch, a blueprint, than a finished piece.

Reviewed for musicOMH
Posted by Interval Drinks at 12:38 AM No comments:

After the Dance at the National

Thea Sharrock’s revival of Terence Rattigan’s rarely produced second play After the Dance reveals it to be just as human and insightful as his better known work.
Following the huge success of his fun, fizzy comedy French Without Tears, After the Dance was an altogether more grown up play, which was first staged in the summer of 1939. But while it was well received by the critics war was imminent and it failed to find an audience, closing after only a short run. Rattigan himself declined to include it in his collected works and, while there have been regional productions since, the play has rarely been seen on a major London stage.

After the Dance is a portrait of the inter-war generation, of those who were too young to have fought in the First World War and remained stubbornly blinkered to the war to come. David Scott-Fowler is a historian who, it’s implied, has squandered his talent and intellect. He’s supposedly working on a book on Italian history, but his life, and the life of his circle of friends, seems to involve a constant stream of parties and the avoidance of anything that could possibly be considered a bore. David’s drinking has reached such a level that he is in danger of killing himself. His wife of twelve years Joan presents a breezy front to the world and has sculpted herself into what she believes is David’s perfect partner: cool, witty, at ease socially, and reluctant to in push or scold him.

The play is set in the Scott-Fowlers’ Mayfair flat, an expensive but oddly comfortless space. In fact there’s very little pleasure in this gin-fuelled, hedonistic world of theirs; it’s a cruel, hard place where people’s misfortunes are reduced to oft-told anecdotes and there’s a sense of people just going through the motions. The younger generation are, in contrast, presented as far more grounded and serious-minded. This is encapsulated in the character of Peter, David’s younger cousin, who is working as his secretary. The play hinges on a somewhat implausible attraction between David and Peter’s perky fiancée Helen. All of twenty, she convinces him to give up the drink and to start striving for greater academic success. The blossoming love between them strikes the one awkward note in an otherwise rich and moving piece – unfortunately it’s a pivotal one. It’s almost impossible to believe the character of David, as he’s played and written, lusting after bright, bland Helen. Yet lust he does, eventually deciding to leave Joan for the younger girl.

The real emotional weight of the play is carried by Nancy Carroll, as the seemingly resilient Joan who has made an art out of concealing the true depths of her feelings for her husband. For fear of alienating him, for fear of being seen as – that dread word - ‘a bore’, she has downplayed her affections for years. The cracking of her façade when she realises that her suspicions are true and that he intends to leave her is heart-breaking to watch.

The strength of the play, as emphasised by Sharrock’s elegant production, lies in the shading of the characters rather than the broader portrait of a generation in crisis. Benedict Cumberbatch’s modulated performance captures David’s complexities, his odd passivity coupled with his hunger for something more, and there’s a wrenching moment when Joan stands over David as he plays the piano, which is rich with loss and love on both their parts. Adrian Scarborough is also superb as the couple’s old friend, John, who cheerfully leeches off them and yet is clearly deeply fond of them both and is capable of greater reflection and insight than might at first seem apparent. But it’s Carroll’s performance that leaves the most lasting impression, vivacious in her red dress, her smile fixed in place, a drink in her hand, while inside she’s breaking apart.

Reviewed for Theatermania.com
Posted by Interval Drinks at 9:51 AM No comments: