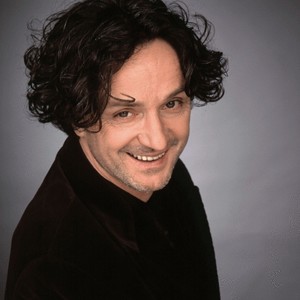 The concerts of Goran Bregović – probably best known in this country as the composer of the soundtrack of Emir Kusturica’s Underground – are usually riotous affairs, characterised by much audience foot-stamping, and the effusive chanting of ‘ka-la-nish-kov’ with varying degrees of irony. But his latest work is rather different; Margot: Diary of An Unhappy Queen is a contemplative narrative-drive piece about the conflict in the Balkans, and the music – which swooped from drum-driven gypsy abandon to more plaintive choral passages – was interspersed with lengthy spoken word sections.

Bregovic, sitting centre-stage in his trademark white suit, was surrounded by his usual gypsy brass cohorts along with a string quartet, a six-man Bulgarian choir and two female vocalists. The men, all magnificently rich of voice, wore full evening dress while the woman wore peasant costume and colourful headdresses; in front of this impressive semi-circle sat an armchair and a battered trunk: a container of memories, a symbol of exile and escape.

One of Bregović’s earliest successes, written during the war years when he was based in Paris, was the score for Patrice Chereau’s 1994 film, La Reine Margot, which was set against the backdrop of the French Wars of Religion. Here Bregovic transports that story to a modern Bosnian setting. The music is interspersed by bursts of narration from the actress Lisa Dwan. She plays the widowed daughter of a Balkan General, a Ratko Mladic figure. Her husband is from a different faith to her and so he is first forced to convert before being sent to the front line where he is killed; the man she loves reduced to so much meat. To dull the pain, she smokes weed, tearing pages from her mother’s books to roll her joints, ripping up the words of poets to feed the flames. “Small countries need big poets,” she comments dryly.

On the search for further joint-fodder, she comes across what initially appears to be the diary of a sixteenth century French queen, written during a previous period of religious slaughter. Parallels are drawn between the two women’s lives, between the St Bartholomew’s Day Massacre and the war in what was once Yugoslavia.

Not all of the audience seemed to welcome these spoken interludes or to appreciate what Bregović was trying to achieve. Many people seemed to be anticipating a more conventional Bregović concert. There was an atmosphere of restlessness and unease in some quarters that only grew with each renewal of the spoken part of the performance. And conceptually it wasn’t always successful. There were too many spoken sections and while Dwan is a strong stage presence with an evocative voice (her Irish accent seeming apt in context), there was a static quality to the staging, a lack of progression which at times diluted the potency of the music rather than adding to it. A better balance was achieved towards the end of the night, as the tone of the piece grew darker and the music and the words seemed to coalesce. As Dwan finally, desperately pleaded, “Lord, give the world to women,” a cheer went up, a chorus of female voices. Given the way in which Kustarica’s films either romanticize or interrogate – or both – a certain stripe of Serbian masculinity, the audience’s response was interesting, and the cheer that met Dwan’s entreaty provided a telling contrast to the derisive male catcalls that had marred some of the performance.

The main piece was followed by the obligatory – and, possibly in this case, necessary – encore in which Bregović and his fellow musicians launched into a series of drinking tunes and partisan songs, the stomping, soaring music that so much of the audience had been hoping for, culminating in a magnificent rendition of ‘The Belly Button of the World’. People leapt from their seats and danced and whooped and air-punched and all thoughts of war – and of the wives and daughters left behind – were soon washed away on a wave of rakia and revelry.

Reviewed for Exeunt
Posted by Interval Drinks at 9:16 AM No comments:

Sabbat at the Orange Tree Theatre 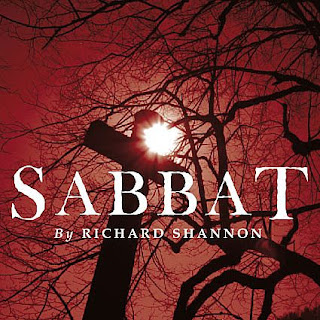 During the ‘witch craze’ of the Jacobean period and the years that followed only a comparatively small number of people were put to death in Britain (in Europe they were altogether quicker to take a torch to those they suspected of dabbling). This is why the trial and subsequent execution of the Pendle witches has left such a long-lasting psychological mark on the region – it was an aberration.

It was also one of the best documented of all the witch trials thanks to the efforts of Thomas Potts and his The Wonderfull Discoverie of Witches in the Countie of Lancaster. The bulk of the accused lived in the area around Pendle Hill in Lancashire; they were drawn from two families: both sprawling, poor, marginal and headed by an ageing matriarch, a source of fear and upset to their better off neighbours. Bad blood between the two families may have fuelled the waves of accusations; the key witness, Jennet, was a girl of only nine who was pressed to give evidence against members of her family.

Richard Shannon’s 2008 play has been revived by The Dukes, Lancaster, to mark the 400th anniversary of the trials. Drawing on Potts for inspiration, Shannon simplifies what was a complex and messy affair, focussing on just four characters: Richard Howell, the Justice of the Peace for Pendle; his young wife Judith; the simple and easily swayed Jennet; and Alice Nutter, who stood out among the accused as a widow of means and covert keeper of the Catholic faith. Shannon imagines a situation in which Howell’s (fictionalised) wife becomes friendly with Nutter during her ill-fated pregnancy, and how – following the baby’s still birth - grief and suspicion blinker an essentially decent man when the accusations start to fly.

Robert Calvert’s magistrate is an intriguing figure to begin with, authoritarian and unshakeable, but kindly; this shading is lost as Howell comes to stand in for the law, becoming increasingly reactionary and aggressive in his actions and utterly unwilling to listen to reason. Christine Mackie’s Alice is intelligent and independent of spirit, a little too unblemished to begin with, but the slow erosion of her hope following her arrest is poignant to watch. Nisa Cole has the trickiest task, playing Jennet as a girl who is lost in her own head but not without a capacity for self-preservation; her Jennet half-believes the things she is saying, that she does indeed possess dark powers.

Amy Leach’s production trots out a number of Witch Play tropes. As well as being a Catholic, Nutter is also a healer and midwife with a bag full of cordials and charms. But while there is much talk of incubi and familiars, of teet-suckling and the devil’s mark, Shannon grounds the play in more human terms.

Miriam Nabarro’s in-the-round set with its edging of sawdust is simple but evocative and while the quartet of dangling meat-hooks suggest something Saw-like may be in the offing they’re effectively used to represent the four walls of the dungeon at Lancaster Castle in which the accused were held as well as, finally and poignantly, the gallows. Where Shannon’s play succeeds most is in conveying the ease with which such a flame could take hold, the malignancy of whispers, and a willingness to scapegoat the socially undesirable that still strikes a chord.

Reviewed for Exeunt
Posted by Interval Drinks at 3:53 PM No comments: