Kin at the Royal Court

Posted by Interval Drinks at 6:57 AM No comments:

Posted by Interval Drinks at 3:38 AM No comments:

Joseph K at the Gate Theatre 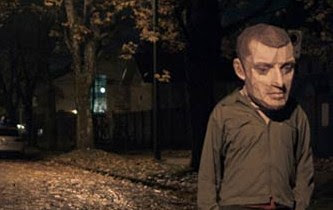 Posted by Interval Drinks at 10:08 AM No comments:

The Glass Menagerie at the Young Vic 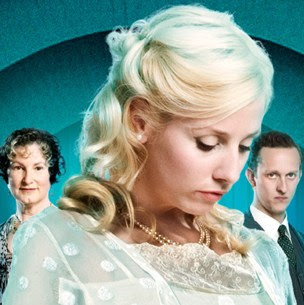 Posted by Interval Drinks at 4:21 AM No comments: 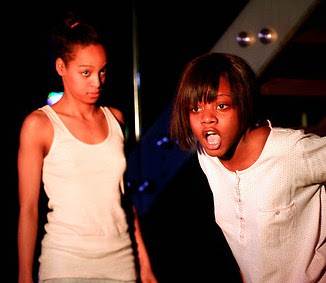 Posted by Interval Drinks at 6:26 AM No comments:

Saturn Returns at the Finborough Theatre 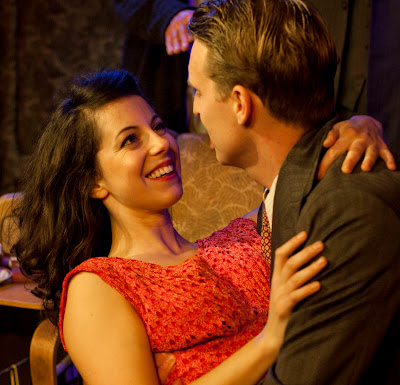 Posted by Interval Drinks at 5:32 AM No comments:

Though at times elusive, The Two-Character Play is a pleasingly rich and layered piece. First performed in 1967 and rewritten and revised several times since, this rarely performed Tennessee Williams play meshes elements of Pirandello and Beckett’s Endgame with the gothic insularity of Shirley Jackson’s We Have Always Lived in the Castle and a measure of Williams’ own life experiences.

The play’s two characters, Felice and Clare, a brother and sister, are stuck in a chilly, seemingly abandoned theatre in some unspecified city. She is an actress, he a writer. Together they begin to perform their own two character play about another brother and sister, a reclusive pair living in a house in the Deep South surrounded by a wall of sunflowers.
Something ugly and bloody happened to their parents and now the siblings never go outside. The phone has been cut off and the mail is no longer delivered; local kids throw stones at their windows. The pair make half-hearted attempts to reengage with the world, but these always end in self-sabotage.

In one of the play’s more explicit moments, the characters agree that: “theatres are prisons to players and writers of plays.” The idea of insanity and imprisonment ribbons the text. They often speak of becoming 'lost' in the play, to the point that though the space they're performing in is cold, they are able to shed their coats and feel the warmth of a southern summer day. The lines between worlds are blurred.

Both sets of characters, the performers and the roles they inhabit, seem caught in a kind of limbo, forced to loop through the same scenes, never reaching a satisfying conclusion, repeating and repeating, cutting lines, re-writing, tweaking.

It’s easy to see why Williams was so fond of this play. The Two-Character Play is a poetic and elegant, circular and self-aware, containing reflections within reflections; there’s plenty of humour and warmth on display too, which serves to balance out the play’s more impenetrable moments. Gene David Kirk’s production successfully makes the case for it as an exciting, experimental piece of writing, rather than a limp, forgotten thing that’s been dusted down for the sake of it. His staging is incredibly atmospheric, and even when the text sometimes meanders, as it does in places, this necessary sense of intensity is sustained (though an interval - perhaps unnecessary in a play of this length - does threaten to scupper things).

The cast seem completely tuned in to the idiosyncratic rhythms of the text. Both performers ably switch between the two different realities of the piece, their accents deepening as they become submerged in the play within the play. Catherine Cusack is suitably fragile-looking yet not without humour as the twitchy, pill-popping sister while Paul McEwan has a kind of dishevelled dignity as Felice (which extends to his portrayal of the other brother, the one within the play), keeping an ever-watchful eye on his sister yet also clearly beset by his own anxieties.

The staging is simple yet effective. Alice Walkling’s set does double duty for both of the play’s realities and its half-finished, crumbling, cluttered feel is very much in keeping with the mood of the piece, while Kirk keeps a commendably solid grip on this, at times slippery, play right until the end when, as it nears its finish, the lighting is slowly dimmed and the world of the characters is narrowed further until they are finally trapped together in a single spotlight.

Reviewed for musicOMH
Posted by Interval Drinks at 5:20 AM No comments:

The complex intertwining of music and myth inherent in the lives of so many famous jazz musicians of the past forms the heart of this second in the Donmar Warehouse’s season of plays of at the Trafalgar Studios, a monologue by Alessandro Baricco, Italian author of the fable-like Silk.

The prodigiously named Danny Boodmann T D Lemon Novecento was abandoned as a baby, left in a lemon crate aboard a transatlantic ocean liner. Named (in part) for the new century into which he was born, the foundling grows up on board the ship and never sets foot upon land. For him the ocean is home, bordered by docks and ports, while land is limitless and terrifying, land is the there-be-monsters place of nightmares.

Though he never receives a lesson, Novecento turns out to be a supremely gifted pianist, entertaining the passengers in steerage with his hypnotic music. He becomes the stuff of legend, as both an ocean-bound eccentric and a God-given jazz innovator; talk spreads far and wide about his music and people even travel in third class for the sole purpose of hearing him play.

Novecento’s story is narrated by his friend, the trumpeter Tim Tooney. His delivery is feverish and hip flask-fuelled as he relives the years they spent at sea together. Mark Bonnar’s performance is energetic and animated, sweaty and intense, and conveys a strong sense that this is a tale that has grown as it’s been retold (and retold and retold). There’s a loose-collared, bar room vibe to his narration that doesn’t detract from the magic but does underline it with doubt. The love for his friend and the hold that the past has on him have coloured his story and allowed it to fly.

This storytelling reaches its peak as Tooney describes a jazz duel between Novecento and the incredulous and over-confident Jelly Roll Morton, self-styled sire of jazz, with the two pianists trading increasingly complex riffs. There’s a similarly glorious moment where Tooney and Novocento ride a piano back and forth across the ship’s parquet ballroom floor during a storm, with Novecento playing the whole way. Only in the last twenty minutes or so does the writing lose its grip. The finale is baggy and melodramatic when compared to what has gone before.

Novecento’s phenomenal playing remains, of course, unheard, limited to Tooney's descriptions of its brilliance - his playing, we are told, is ‘impossible’, untethered to the ‘normal notes’ - but the production is not free of music, far from it - a dream-like lilt underscores the whole piece.

Paul Wills’ set, in its use of muted colours, feels in keeping with the Donmar’s familiar visual palette, while his use of riveted metal, dangling chains and copper piping evokes the clanking belly of the ship. Those rippling chains simultaneously give a sense of being on deck with the ocean beyond, a sense enhanced by Paul Keogan’s softly shifting lighting.

Director Roisin McBrinn, whose work this season was, in part, designed to showcase, knows how to handle a monologue, how to bring texture and pace to the text; she previously directed Mark O'Rowe’s ink-black triptych, Crestfall, at Theatre 503 and this piece achieves similar glimmers of intensity. Bonnar’s performance, while very big, very physical, in his gestures and delivery (clambering about on the set, hurling himself to the floor as he describes a storm) is also deceptively controlled. There’s a line that he observes and only on a couple of occasions does it feel as if he was overplaying things; again these moments were towards the end when the piece began to unravel and never quite righted itself.

Reviewed for musicOMH
Posted by Interval Drinks at 2:34 AM No comments: