The Animals and Children Took to the Streets at BAC 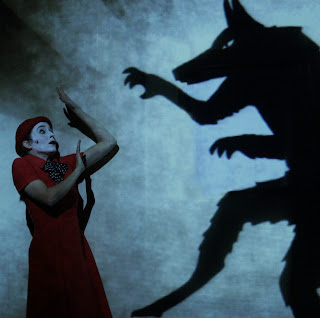 Posted by Interval Drinks at 6:48 AM No comments: 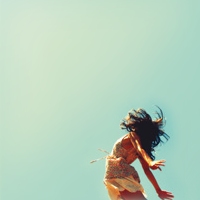 Posted by Interval Drinks at 7:52 AM No comments:

Quality Street at the Finborough Theatre 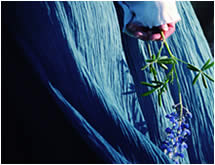 First performed in 1901 in New York, J.M Barrie’s romantic comedy was a hugely popular thing in its day, and did indeed inspire the brand of chocolates that still bear its name. Though there was a time when it was oft-revived, the play hasn’t been staged in London since 1946, but the Finborough, who also recently staged Barrie’s What Every Woman Knows, have decided to rectify that, reviving it as part of their continuing Rediscoveries season.
Louise Hill’s production is light of foot and warm of heart. Barrie’s play is set during the Napoleonic Wars; when dashing doctor Valentine Brown enlists in the army, Phoebe Throsell abandons her hopes of marrying him and resigns herself to life as a faded old maid and reluctant school teacher. When he returns some years later, Phoebe is stung by the fact he thinks she has not aged well, that he seems to find her weary and beaten-down, so she pretends to be the flighty young thing she presumes all men desire. She lets her hair down (literally, loosing her ringlets from her school mistress’s cap) and dresses up in what she had once hoped would be her wedding gown; she simpers and giggles. The transformation is such that Brown does not recognise her and Phoebe ends up masquerading as her own gauche young niece, Livvy, her deception becoming more and more tangled as events progress. Eventually Brown ends up escorting young ‘Livvy’ to a ball to mark the Battle of Waterloo and she is pursued by every red-blooded and red-coated man in attendance.
Though Barrie’s play occasionally oozes sentiment it is not without charm. The scenes with Phoebe and her invented niece are pleasingly nimble and witty, and beneath the good natured sheen Barrie seems particularly attuned to the plight of the unmarried woman without means. Not that he dwells too long on such issues – this is not Harley Granville Barker – and Barrie soon returns to the business of steering his two lovers together.
Louise Hill (who also directed What Every Woman Knows) presents a faithful production which contains just the right amount of knowingness. It’s a difficult balance to strike and she hits it. It’s played fairly straight, with only the faintest hike of an eyebrow. Claire Redcliffe pitches her performance perfectly as Phoebe, bright and sparky, self-aware but not too removed. James Russell on the other hand is a touch too arch as Valentine. Though he returns from the war damaged and bandaged, there’s no real sense that he’s a changed man and his sudden interest in Phoebe seems to drop out of nowhere. He’s suitably dashing and has a nice wry manner, but one wishes for a hint of something more beneath the surface. Catherine Harvey brings a level of nuance and warmth to the character of Patty, the Throssels’ maid, whose optimism in regards to matters of love provides a neat contrast to that of Phoebe and her elder sister.
A large cast is squeezed with ease onto the tiny Finborough stage, while Hill manages to orchestrate all the various entrances and exits well and to make, if not exactly a virtue, than at least not a failing of the lengthy and low-tech scene changes.
The play may not be the fizziest or fiercest of comedies – and it contains some lines that are thoroughly steeped in syrup - but it’s entirely possible to see why it was so popular in its time, and in the plight of Phoebe, unmarried and fearful for her future alone, it still has a degree of resonance.
An extended version of a review for The Stage.
Posted by Interval Drinks at 5:40 AM No comments: