Put Out The Light 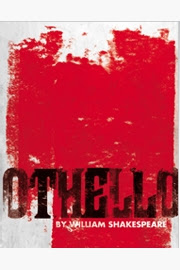 So then. Othello, Donmar Warehouse. You know the story. Sell-out run, tickets swapping hands for sky-high sums on eBay, and so forth and so on. There’s been more than enough words devoted to all that. To the point where it seems almost in danger of overshadowing the production itself. Which is a shame, as this is a completely enthralling production, even if it is rather conventionally staged.

First up, there's Ewan McGregor playing Iago, who Charles Spencer and others were so mean about. I genuinely wonder if he perhaps had an attack of the jitters on the night the press were in, because he had ample charisma when I saw him, at last Thursday’s matinee. Yes, he was probably a tad too inscrutable in the role and it was difficult to gauge his motivations, but there was something appealingly sly and underhand about his performance. As an actor, he has charm and presence, but he can also switch it off if he chooses, can blend into the background; he’s not a starry actor – and I suspect that disappoints people.

However McGregor could probably turn cartwheels in the background if he wanted and it would still be Chiwetel Ejiofor’s performance that made the greatest impact on the audience. Again, many words have already been written about his nuanced and sympathetic take on the role – and most of them are on the money. He is strong and dignified, yet vulnerable – a man out of place. He makes each line come alive and does so with a skill that is considerable yet not showily so.

Kelly Reilly’s performance as Desdemona, on the other hand, has proved as divisive as McGregor’s. And while she is rather girlish and fluttery in earlier scenes, after the interval she seemed to bloom in the role. Having spent most the evening cinched and uplifted in a beautiful dress (made, according to the programme, by someone with the too-delicious-to-be-true name of Elspeth Threadgold), she is slowly and poignantly stripped of her corsets and stockings by Emilia, until she is clad only in a shapeless, white nightgown. I found this scene incredibly moving, and by the end she looked so vulnerable, so exposed, ready to give herself to her husband in what proved to be a particularly effective death scene. Indeed, I don’t think I’ve been to a production this year that had my so physically gripped. I was edged forward in my seat, silently pleading with Othello to listen to her, to heed her protestations of innocence. I wasn’t alone either; I could hear the breath catching in the throat of the girl in the seat beside me, feel the tension radiating from her. Incidently, she had queued for her ticket on the day and found the experience fun, if a little tiring, and - judging by her enraptured response - more than worth it.

Indeed, there's an interesting and increasingly demented debate going on about the ticket situation on the GU blog after Peter Bradshaw commented that such a production should be filmed to make it accessible to all.
Posted by Interval Drinks at 5:30 AM