Talent at the Menier Chocolate Factory 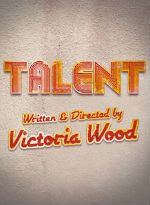 For this gently, if patchily, amusing revival of her 1978 play, Talent, her first major success, Victoria Wood has upped the song count of the original, reshaped some of the smaller characters and added an intentionally gaudy new opening sequence – all big hair and cornea-scalding velvet flares – to reacquaint modern audiences with the world of the cabaret and light entertainment circuit on which she made her name.

These new musical interludes are, however, rather tepid in execution and never quite feel at home in what is otherwise a naturalistic comedy, if a rather slow-paced and structurally muddled one.

The play is set in the shabby backstage area of Bunter’s Nitespot, Manchester, at the tail end of the 70s. Aspiring singer Julie is gearing herself up to perform in a talent contest and her dowdy friend Maureen has come along to provide moral support. The writing, which is weighted with seventies references, to Babycham, Kiku perfume and Hawaiian ham platters, is full of Wood’s now familiar tactic of juxtaposing the absurd and tragic with the banal and highly location/era specific. (This kind of thing: “She had a vaginal prolapse while watching Stars on Sunday and eating some prawn cocktail crisps.” Maybe.)

Obviously Wood’s writing is rather more subtle in construction, considerably so – her career is testament to that – but the skeletons of the jokes are a bit more visible than usual here, which since it’s an early work is probably excusable. Though it seems odd to revive something that provides such a sharp reminder that there is, or certainly was, a formula to what she does.

There are, to be fair, some nicely observed passages of dialogue and the backstage scenes feel as if they have been drawn from real experiences of grotty dressing rooms and repellent, ruffle-shirted competition hosts. This might explain the somewhat episodic feel of the piece; it really lacks a sense of narrative drive and certain strands never take off at all - the arrival of Julie’s former boyfriend promises emotional tension but is just left to wither. Even the key relationship, between Julie and Maureen, is never more than a rough sketch, though the two central performances do quite a lot to steer around this obstacle.

Leanne Rowe and Suzie Toase are both very warm and winning, having been given the unenviable task of taking on roles originally played by Julie Walters and by Wood herself, and Mark Hadfield is amusing both as the splendidly sweaty magician’s assistant and, in drag, as a Bunter’s veteran, receiving a cake for 35 years long service. But the cast can’t quite make up for the fact that the whole thing rather limps along, formless and fuzzy-edged, towards a hands-aloft ‘finale’ that felt almost like parody.

An extended verison of a review written for The Stage.

It also doesn’t always make sense. A whole section is built around the need to find a receptacle to wee into, only for characters to later exit the room saying they were going to the ladies. And on the barometer of cultural wrongness, the sight of former Blue Peter presenter Mark Curry rubbing his implied trouser tent against Julie, sits quite highly. Which probably says more about my age then anything else, and also taps into a key problem with this production: it’s incredibly time-specific. I’m sure there were plenty of references I didn’t get, or at least had to figure out from their context. Usually the decade something was written isn’t a barrier to enjoyment, but this is so drenched in cultural reference points of the era that I felt a bit lost.
Posted by Interval Drinks at 8:55 AM