Judgement Day at The Print Room 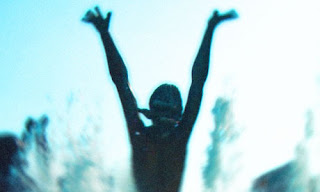 Ibsen’s last play, When We Dead Awaken, takes the form of a heightened and poetic piece of self-examination, a man looking back at his life and work through a convex lens. A sense of finality pulses through the writing, a kind of breathless urgency.

Condensed and retitled by Mike Poulton, the play concerns Arnold Rubek, an aging sculptor who, having made both his reputation and his fortune many years ago with his masterwork, Judgement Day, is now enjoying the trapping of his success. Though he is respected and materially well off, Maia, his attractive and (much) younger wife resents him and he is all too aware that his days of producing great work are behind him.

He contents himself on commercial projects, corporate hackwork, sculpting bankers and merchants, and has tied himself to a young woman who bores him. In private moments he invites her to sit on his knee with a rather queasy Humbert Humbert tilt to his voice, but it’s clear that whatever affection once existed between them has long since turned to dust.

When his former muse, the mysterious Irena, appears at their mountain retreat, he is obliged to look back at the man – and the artist – he once was. Irena is a living ghost, a limbo-locked figure who feels that Rubek’s use of her image, her life, was an act of violation. While he has moved on without a backward glance, she has remained, trapped, drifting wraith-like through the mountain mist like an ageing Lucy Westenra; Rubek has drained something vital from her and she can neither forgive nor forget. She refers to his masterpiece as “their child” and is appalled at the thought of its existence apart from herself.

Rubek is obliged, for the first time it seems, to consider her role in its creation. The play pulls no punches in its depiction of the sculptor as a supremely self-involved and emotionally blinkered individual. Michael Pennington plays him with a calm naturalism, his voice rich and telling, providing a solid balance to Penny Downie’s more heightened and manic performance as Irena; shrouded in white, the pins working their way loose from her hair, she is by turns menacing and pathetic. Though at times her performance feels too stylised, there is a potent energy when she is on stage with Pennington. They both feel gripped by some deeper force. As a result the relationship between Sara Vickers’ Maia and her would-be lover, Philip Correia’s randy Baron, is eclipsed.

Poulton brings out the humour and humanity of Ibsen’s play, grounding it in the recognisable and counterbalancing its more abstract passages. James Dacre’s production is intense without being unrelenting. It takes this big, at times unwieldy play and makes it work in a small space. In this he’s aided by Mike Britton’s elegant traverse set which provides a sleek and contemporary frame of cool mountain blue for the period costumes (the wine-red of Maia’s skirts look particularly striking against this background). A single rock and a building mist are all it takes to transport the characters to a place precipitous in more than one sense. As the play draws to a close, Rubek and Irena are left to face each other and the unknown, reaching upwards into night.
Reviewed for Exeunt
Posted by Interval Drinks at 4:31 AM