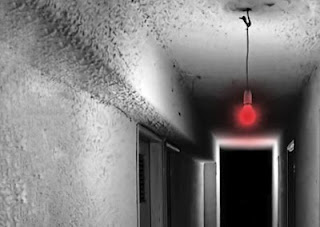 Sabrina Mahfouz’s new two-hander – part of the Old Vic, New Voices season – takes the form of an encounter between AJ and Marley, client and sex worker in an ‘upmarket’ east London brothel. It’s her first day and his first time. They are both nervous and unsure of their roles, of the rules of engagement, the exact nature of the parts they should be playing during their allotted, pre-paid hour.

Her façade cracks first; she drops the cod Polish accent along with her professional mask and this throws him completely off track. He’s resentful at first, affronted; suddenly the dynamic has shifted and they are no longer participants in a process of transaction, but two people from the same part of London with a similar sense of drive and ambitions to make something more of their lives. She, it transpires, is a student of forensic biology, with a textbook tucked under her pillow; he, in turn, hopes to leave behind his job driving taxis to train as a structural engineer. Once they have relaxed a little, she Sherlocks him, dissecting his background from a few scattered clues; he asks why a woman of her evident smarts would choose to do a job like this, with her life, with her body. But her response, that the money’s good and it’s a way of guaranteeing her financial independence, of never having to rely on any one man, never quite rings true.

In the most striking image, Marley stands astride AJ in her cheap nylon robe, making him the corpse in her CSI dream, diagnosing the cause of his death and explaining the likely outcome of the police investigation. Then they switch, and the aspirant engineer makes a bridge of her body, resting her between two chairs, with the bed unused and almost – but never completely – forgotten in the background. In this way they use each other’s bodies to act out their fantasies, but instead of it being an erotic act, it’s one of transportation, lifting them out and way from this seedy and harshly-lit room.

Mahfouz’s previous piece, her solo show, Dry Ice, was set in the world of strip clubs. But while it was a rounded piece of writing, there was this underlying sense that such a way of life would sap you eventually, that over time it would drain the light out of your eyes and leave you hollow. Here she presents what can only be described as a best case scenario: Marley gives the impression of being in control – she’s not been trafficked, she’s not an addict, she’s doing this of her own volition – while AJ treats her with consideration, listening to her dreams and sharing his; the whole encounter it even transpires was not even his idea, but a 21st birthday gift from his mates.

Not every play about the sex trade has to be as devastating as Road Kill; it’s not essential you walk away feeling utterly repulsed by people’s ability to treat other people as meat, as holes to be filled, and it’s plausible that there are times when sex workers end up counselling and consoling their clients, providing services other than those purely physical; all of those things are true and yet the gentleness of tone is problematic. At most Mahfouz suggests that Marley’s reasoning is faulty and that she may come to regret her choice, though the moment where AJ playacts being the victim of strangulation, the cause of death as Marley point out of far more women than men, causes some unsettling ripples. The idea that these two characters might ever stop talking and start fucking is off the table from a fairly early point in the play and this robs the set-up of much in the way of dramatic tension. As amiably played as the piece is – by Nadia Clifford and Faraz Ayub - the end result is curiously timid.

Reviewed for Exeunt
Posted by Interval Drinks at 3:44 AM