A King Among Men 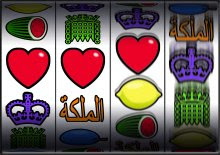 What happens if the heir to the throne should (gasp) fall in love with a Muslim girl? And not just fall in love, mind, but want to marry her and even ponder converting to Islam himself. This is the premise that Alistair Beaton uses as a springboard for King Of Hearts his entertaining if uneven new comedy at Hampstead Theatre.

In a near and familiar future, an accident has left the King in a coma, and the labour Prime Minister, the leader of the opposition, the Archbishop of Canterbury and the two young princes (one decent and level-headed and the other a bit of a boozer with a bad attitude – who, for the purposes of the play, are called 'Richard' and 'Arthur' respectively) have gathered in Sandringham where their father's life support is due to be switched off. It then turns out that the elder prince has been dating a Muslim and the politicians practically self-combust in panic.

For me the main problem with the play was that it never seemed quite sure whether it wanted to be a satire or a full-on farce. Beaton raised some interesting points about the relationship between church and state and the limits of tolerance in modern Britain, but he seems reluctant to stray too far from stock farce situations, men in underpants hiding behind sofas, that kind of thing. There were some great performances from the ensemble cast and a good handful of laugh-out-loud moments, but I do wish the play had had sharper satirical teeth. It kind of lost momentum after the interval and the tacked-on epilogue rather confirmed the idea that perhaps Beaton had come up with this intriguing scenario and then didn't quite know what to do with it. But still it’s slicker and more entertaining than the pleasant but rather overrated Whipping It Up, which recently transferred to the New Ambassadors, and benefits from, unlike the last Royal Farce to hit London stages, a complete lack of involvement from Toby Young.
Posted by Interval Drinks at 4:13 AM