Of Ships And Soldiers 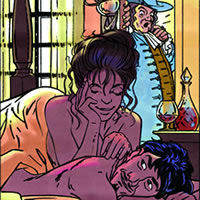 Haven’t had a chance to post for a bit, work’s been, shall we say ‘intense,’ and this weekend I was down in the New Forest for my friend Caroline’s hen party. We hired out a big converted barn, which had been decorated by her bridesmaids to resemble the pinkest thing I’ve ever seen - with added glitter and marshmallows - and spent the best part of the weekend eating and drinking (pink champagne, of course). It was pretty chilled as these things go – especially considering the state her husband-to-be got himself into on the stag do. (All you need to know is that he spent the night in King's Cross, but the remnants of his dinner remained somewhere in Soho).

Theatre-wise, I saw The Soldier’s Fortune at the Young Vic last week. David Lan’s production of Thomas Otway’s play is the second Restoration comedy I’ve seen in recent weeks after The Man Of Mode at the National. They’ve played around with the layout in the Young Vic’s main space, installing a sprawling multi-levelled stage and a grand proscenium arch complete with red velvet curtains. At first glance it all looked fantastic and Sam LondonTown, who I ran into in the lobby, was very excited about the prospect of a bit of “meta-theatre,” however when these curtains were pulled back there was nothing behind them, just the bare back wall of the theatre and yet more steps. And this, unfortunately, sums up the production for me. Great cast – Anne Marie Duff, David Bamber, Oliver Ford Davies (who I loved as Larkin at the Orange Tree) – but something vital was missing. Primarily, the bit where you find yourself laughing at the jokes. There were some mildly amusing moments, sure, but nowhere near enough to sustain a three hour production.

Better by far was the new show at Theatre 503, Andrew Bovell’s Ship Of Fools. The space at the Latchmere has also been seriously rejigged, the familiar raked bench seating gone and the theatre decorated to resemble the deck of ship with seats for the audience spread around the edges. Definitely one of the most inventive bits of fringe theatre design I’ve seen in a while. The play itself is an interesting one. It starts in 15th century Basel, where a group of town elders decide to banish all the 'fools' and other undesirables from their city by consigning them down river in a boat without oars or sails. In a parallel narrative, a group of job seekers - including a bitter refugee from the former Yugoslavia, the young girlfriend of a junkie, and a woman desperate to flee her deadbeat husband - are sent away together on a new government initiative. Bovell’s point, I guess is that society still deals poorly with its outcasts, with those who don’t fit in. And the play is gripping and atmospheric even if it rather falls apart towards the end as it tries to knit the two narrative strands together.
Posted by Interval Drinks at 3:44 AM