Palace of the End at the Arcola Theatre 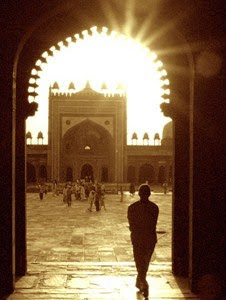 This Arcola’s staging of Judith Thompson’s triptych of monologues about Iraq is nothing if not timely, coinciding as it does with both the recent Wikileaks revelations and the results of the inquest into the death of Dr David Kelly. But even if it hadn’t arrived at such an apt time, Jessica Swale’s production would still exert considerable power. The combination of some fine, fine writing and Swale’s superb use of the Arcola’s intimate second studio leaves the audience dazed and unsettled.

The play is divided into three strands. In the first of these Jade Williams plays a young soldier clearly based in large part on Lynndie England. Pregnant and fearful for her future, she feels little real regret for her actions, yet Thompson’s nunaced portrait does not demonise her. It’s a layered account of a young woman from West Virginia for whom casual cruelty has always featured large in her life. She simply doesn’t see the people she has tortured and humiliated as fully human and seems more perturbed about the (mostly vile) comments flying around about her on the internet, especially the ones where she is called ‘ugly’ and, worse, ‘a feminist.’ In Williams’ hands, this woman - this girl - appears simultaneosuly appalled and thrilled at the situation she has found herself in.

The second monologue features Robin Soans in compelling form as Dr David Kelly, contemplating his actions (and his inaction) as he awaits death on Harrowdown Hill. Soans was excellent in the Arcola’s recent production of Pieces of Vincent, and here he gives another powerful performance, one that suucessfully takes a figure from the headlines and makes a man of him once more, a husband, a father, fallible but also noble. Collected and genial at first, he becomes increasingly anguished as he recounts the death of an Iraqi bookseller and his family, people he was close to, a seeming catalyst for his decision to speak out.

The final thread concerns Nehrjas, an Iraqi woman played by Imogen Smith. At first her warm recollections come as welcome relief after the intensity of the David Kelly sequence, but this section is ultimately no less harrowing, as Nehrjas describes the appalling torture of herself and her children at the hands of Saddam’s Secret Police. Smith gives a rich and dignified performance, one that trusts the potency of the text. This last piece provides context for the first two, rooting them, and yet the story exists for itself, it never feels like it’s serving a purpose.

This is not verbatim theatre, the words are drawn from imagination but rooted in truth. This gives Thompson a degree of freedom; there are subtle echoes in the writing, recurring images of flying, of falling, Alice-like, through the looking glass. But Thompson never strays too far from recognisable events. There are some beautiful passages but they’re always anchored to something solid.

Though it’s a common pitfall of monologue-based theatre, Swale’s production is never static; if anything the opposite is true. The actors pace the space, engaging with audience, meeting their eyes. Soans in particular makes the audience aware of the complicity inherent in inaction, making full use of the capacity for connection in such a small venue. He fixes the audience with an interrogative stare, before calmly thanking those gathered for being here to share his last moments.

Simon Kenny’s simple design - twin glass cubes and a solitary tree (which comes to have dual significance) - both divides and unites the three speakers and the stories are further delineated by Christopher Nairne’s lighting, the colour subtly shifting from piece to piece. All these elements are neatly tied together, and the resulting production exerts a considerable and lasting hold. There isn't much time left for the Arcola in their current home (click here for more details of their appeal); if this is one of the last things staged in this space, it makes for a memorable way to bow out.

An extended version of a review that appeared in The Stage.
Posted by Interval Drinks at 2:42 PM