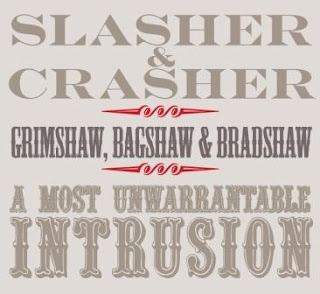 Though both popular and prolific in his day, the work of Victorian playwright John Maddison Morton is now rarely performed; in fact the taste for theatre of the kind he specialised in had already started to decline well within his lifetime. On one level it’s easy to see why: these short plays, often written to bookend other work, are slight things individually but they have a certain charm when grouped together. In many ways they resemble comic sketches more than anything else and Henry Bell’s production makes a good case for Morton as an early precursor of Monty Python.

The three one-act farces in the Orange Tree Theatre’s triple bill have evidently been selected to demonstrate the different facets of Morton’s writing. Each one is introduced by master of ceremonies, Daniel Cheyne; magnificently bewhiskered and armed with a ukulele, he introduces the performers by name at the start of the evening, indulges in gentle banter with the audience throughout and provides a scene-setting musical prologue for each piece.

The first of three plays, Slasher and Clasher, written in 1848, is – by some way – the funniest. A raucous and energetic play, it concerns an inveterate coward who is driven to fight a duel in order to appease his paramour’s uncle, a stern individual, dogged in his insistence that a man who refuses to stand up for himself isn’t a man worth marrying. Clive Francis plays the fearsome Mr Blowhard, while Edward Bennett is hugely endearing as the decent but dim Lt Brown but the piece belongs to David Oakes, as the timorous Slasher, who spends much of the play trying to squirm away from danger but is eventually pushed too far. It all ends with some entertaining swordplay, made all the more impressive by the relative intimacy of the space.

The second play, A Most Unwarrantable Intrusion, is a very different creature, a two-hander with a distinctly absurdist edge. Mr Snoozle, Clive Francis again, is contemplating a lazy day alone without wife or family to bother him, when a loquacious stranger talks his way into his home and refuses to leave. Bennett plays the uninvited guest and is quite unnerving in his persistence, his disinclination to be reasoned with and the casual way in which he helps himself to Snoozle’s possessions; here the sparring between Francis and Bennett is verbal rather than physical and the whole thing ends in an almost postmodern fashion when the performers break off to explain the role of improvisation in plays of this nature.

The last of the three, Grimshaw, Bagshaw and Bradshaw, is the most overtly farcical, full of mistaken identity and multiple exits and entrances, but paradoxically it is the least frantic in pace. Stuart Fox plays a chemist’s shopman, a mid-Victorian everyman (as were many of Morton’s characters), whose lodgings are invaded by a stream of people: neighbours, bailiffs and other assorted undesirables.

Though Morton’s plays are structurally indebted to French farce they are very English in sensibility. There is (in the plays presented here at least) far less of an emphasis on bedroom antics and more of a focus on subjects which the audience could have related to, like the terror of trespass and the invasion of one’s home, the social anxiety about the need to live up to a particular standard of manliness and the fear of creditors (which is apt as Morton himself ended up a Charterhouse pensioner at the end of his life). The plays draw the majority of their humour from a sense of the absurd and there’s a pleasing playfulness with language, slapstick is used sparingly and the audience are frequently acknowledged and involved (though in a warm, inclusive way, not in an alarming One Man, Two Guvnors way).

While it’s arguable that Bell shows his hand too early, staging the most uproarious of the plays first, his production works both as an exercise in theatrical archaeology and as pure entertainment, showing just how much and how little English comedy has changed since Morton’s day.
Reviewed for Exeunt
Posted by Interval Drinks at 5:38 AM