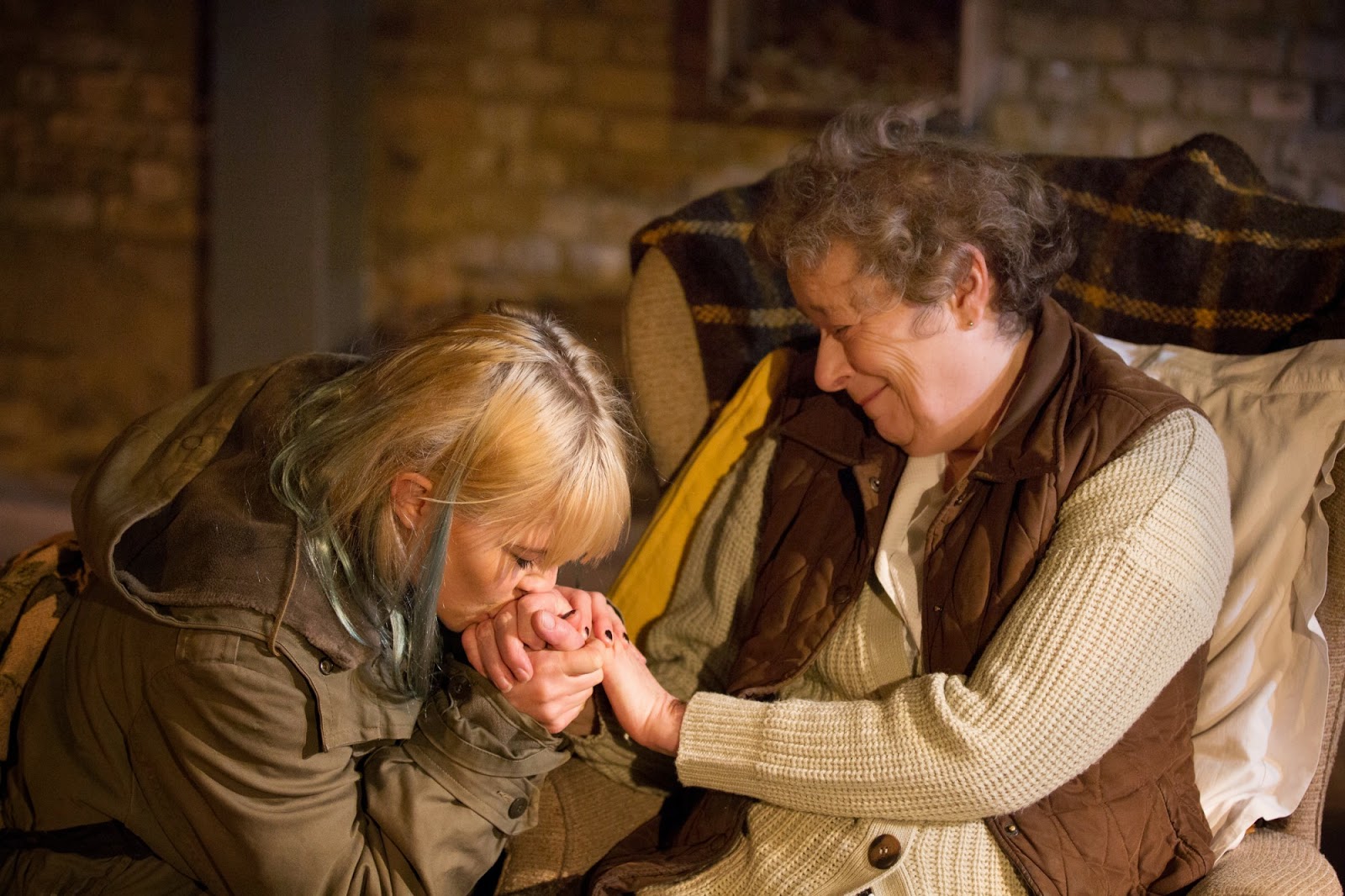 Barney Norris’ tiny knife of a play was staged to acclaim at the Arcola earlier this year and now transfers to the Bush Theatre. Tender, unexpectedly funny and warm, it’s a delicate thing - but one capable of upending its audience.
There’s a ripeness to Norris’ writing. Each character feels alive. The interplay between Edie and Arthur is full of little winks and prickles. Their middle-aged, soon to be divorced son Stephen, sensitively played by Simon Muller, is also achingly drawn; a man trying to remain practical in his actions, while all too acutely aware of what his life lacks, perhaps even a little jealous of the depth of his parents’ love. Even Eleanor Wyld’s blue-haired home help Kate is more than just a narrative prop; she grows too.Linda Bassett and Robin Soans play Arthur and Edie, a long-married couple who have lived together on the same farm for decades; we can chart their relationship in every glance and joke and gesture. Their marriage, their scrap of history, has been quiet, and while they are not without regrets, they have carried each other along. Now Edie’s memories, her sense of self, are slowly being eroded by dementia, and she knows she’s going. Decisions need to be taken about their future, for what happens when they can no longer care for each other.
Alice Hamilton’s large-hearted, affecting production is beautifully judged, and the performances from all concerned, but particularly Bassett and Soans, are rich and real and generous.
Reviewed for The Stage
Posted by Interval Drinks at 7:51 AM